Creating magic on and off the field

One of the biggest supporters of the Cairns Brothers JRLFC, Xavier Buie – who has an intellectual disability and global development delay – recently picked up the clipboard to take on the job of the under 10s honorary coach.

Xavier loves watching his brothers George and Samu play, but now he’s finding his own special role within the club.

Cairns Brothers vice-president, Sonny Samuel, said the idea came from under 10s coach Jarrod Batten, who had witnessed Xavier’s unwavering support from the sidelines for the past three years, since the Buie family joined the club.

“He’s there every weekend. His whole family – mum, dad, brothers and sisters, aunties and grandparents – turn up. They’re always there supporting their boys and Xavier’s always there cheering.

“Xavier was kitted out with our club’s coaches pack with a hat, shorts and shirt, and he was provided with a clipboard to assist with duties from jersey allocations, warm-ups, helping with interchanges, giving out drinks and awarding player of the match.

“Ever since then (May 8) he’s been like their assistant coach. He’s always turned up every weekend but now he helps out and feels part of the team.

“He’s so happy. Everyone says hello to him and he’s turned himself into a little celebrity.”

Xavier, 13, hasn’t had the opportunity to play the game himself yet, but is now looking at his options with Cairns Brothers development officer Tim Rumford and the club’s program with ARC Disability Services. 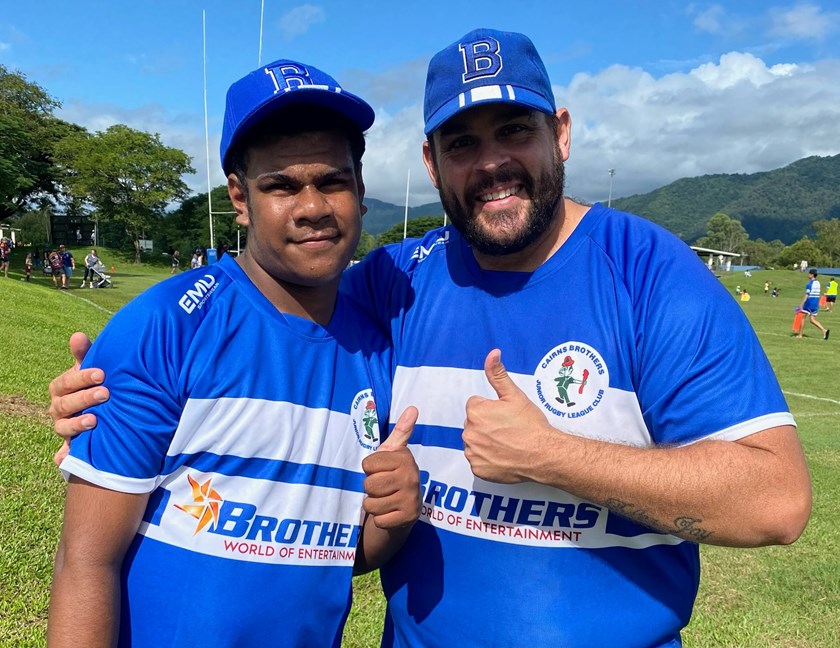 Creating magic on and off the field - Brothers Leagues Club https://www.brotherscairns.com.au/creating-magic-on-and-off-the-field/