We are delighted to announce the signing of Ernest Suavia to Cairns Brothers RLFC.

Ernest joins us following an impressive performance in last year’s North Queensland Samoa Rugby League team. Ernest has a rich history in the 15 a-side code, including stints with Tuggeranong Vikings in the John I Dent ACT competition and Canberra Vikings in the National Rugby Championship. He has also represented NSW Country and played for the world famous ACT Brumbies.

We can’t wait to see Ernest running around in the butchers stripes in 2022! 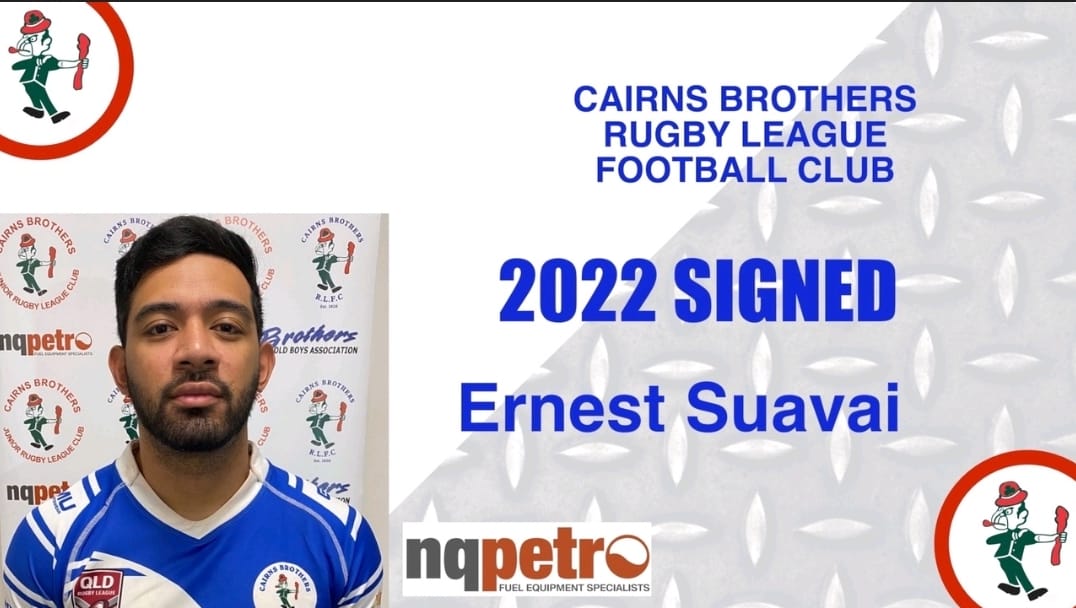