Back to What's On 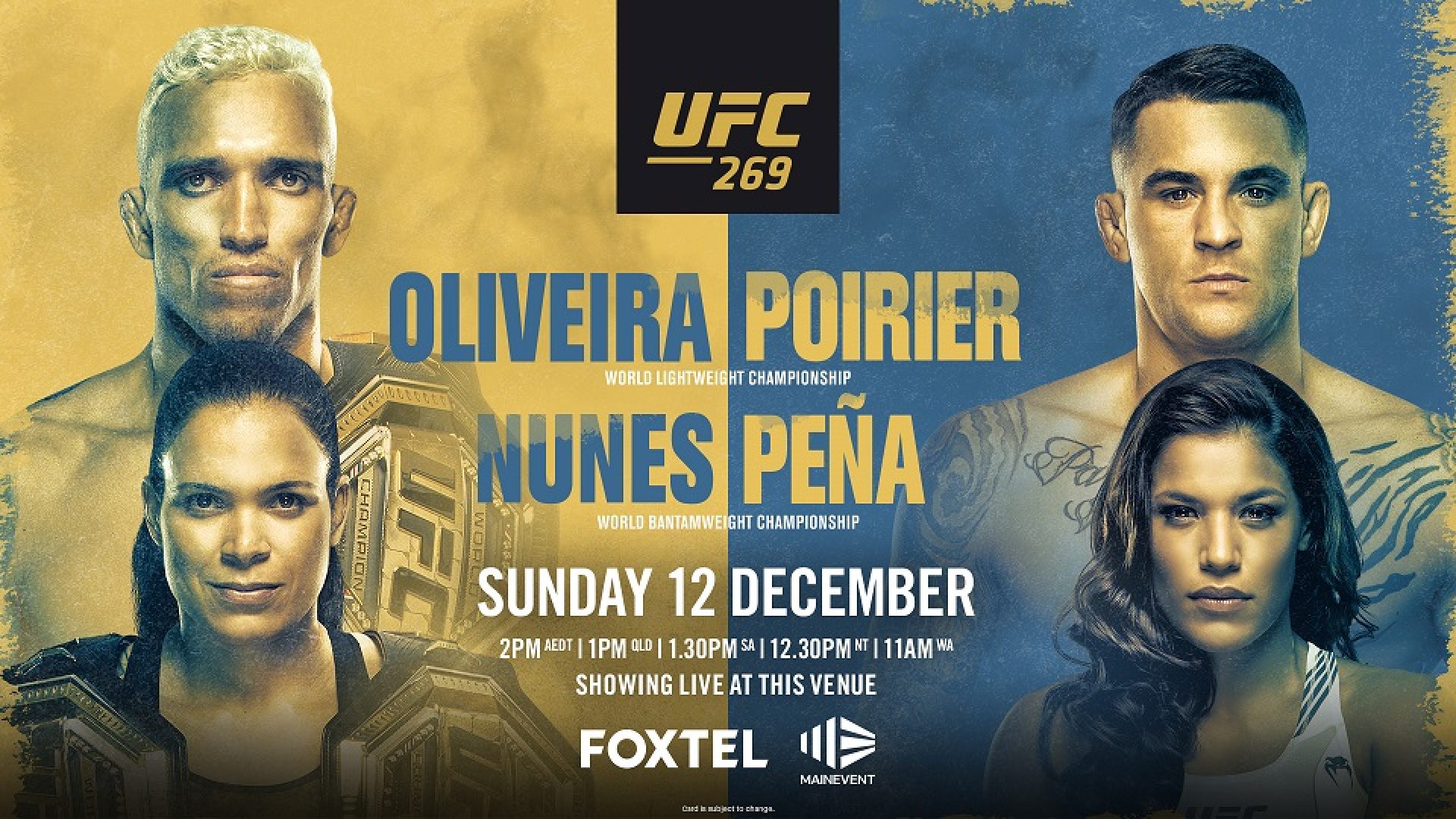 With two title fights on the line, UFC 269 is expected to be a huge event for MMA fans. Coming off two wins against Conor McGregor, Dustin Poirier will take on current UFC lightweight champion Charles Oliveira at UFC 269’s headliner on December 12. Poirier is currently the interim former champion and will get his second shot at the lightweight title.

In the co-headliner event, one of the greatest women’s mixed martial artists will be fighting. Amanda Nunes will defend her bantamweight belt against Julianna Peña. Previously scheduled for UFC 265, the title fight was postponed after Nunes tested positive for COVID-19.

You can watch all the action of every fight of UFC 269, including the Oliveira v Poirier headliner, every other main card and prelims live and loud on the big screens from 1pm at Brothers Leagues Club!